When you’re considering moving to a different country, even just to escape the harsh Swedish winter months, there are a lot of factors that you have to think about before really making your decision. Florida has a high amount of appeal due to the fact that it’s known as the Sunshine State, allowing you to escape the harsh winters back home. However, before you jump on a plane and find yourself on the other side of the world, you need to turn your brain to thinking about the financial aspects of a potential move.

Florida is a tourist state, which means that it gets a lot of traffic every year due to the amount of attractions that can be found there. This generally means the cost of living tends to be higher, as a lot of things are marked up to appeal to the tourists themselves. If you’re planning on your winter holiday to be packed full of fun activities, then it’s always a good idea to put some extra money aside as prices will increase during tourist season.

The state is currently recovering from the market crash, which means that the price of homes is somewhat steadily increasing, so you need to be prepared to pay more for the same property a few years down the line. When compared to the U.S. average, Florida has higher rent costs, which is again down to the fact that the state gets so much attention.

You also need to ensure that you factor in things such as utilities, groceries, and transportation to your holiday budget. Utilities, such as water and electricity, tend to be on the higher side as well, though the average cost of groceries is lower than other states, so you’ll be able to save some money back on that front. You’ll also be able to save some additional money due to the fact that Florida is a low-tax state with no income tax, so you won’t be paying more money just to live there.

Before jetting off to Florida and purchasing the best property you can find, consider the different financial factors that will play into your decision. 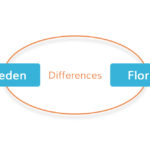 The Differences Between Sweden And Florida